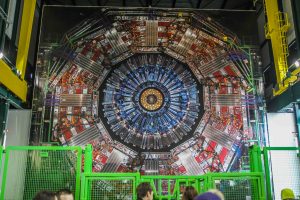 The LHC smashes groups of protons together at close to the speed of light: 40 million times per second and with seven times the energy of the most powerful accelerators built up to now. Many of these will just be glancing blows but some will be head on collisions and very energetic. When this happens some of the energy of the collision is turned into mass and previously unobserved, short-lived particles – which could give clues about how Nature behaves at a fundamental level – fly out and into the detector.

CMS is a particle detector that is designed to see a wide range of particles and phenomena produced in high-energy collisions in the LHC. Like a cylindrical onion, different layers of detectors measure the different particles, and use this key data to build up a picture of events at the heart of the collision.

Scientists then use this data to search for new phenomena that will help to answer questions such as: What is the Universe really made of and what forces act within it? And what gives everything substance? CMS will also measure the properties of previously discovered particles with unprecedented precision, and be on the lookout for completely new, unpredicted phenomena. 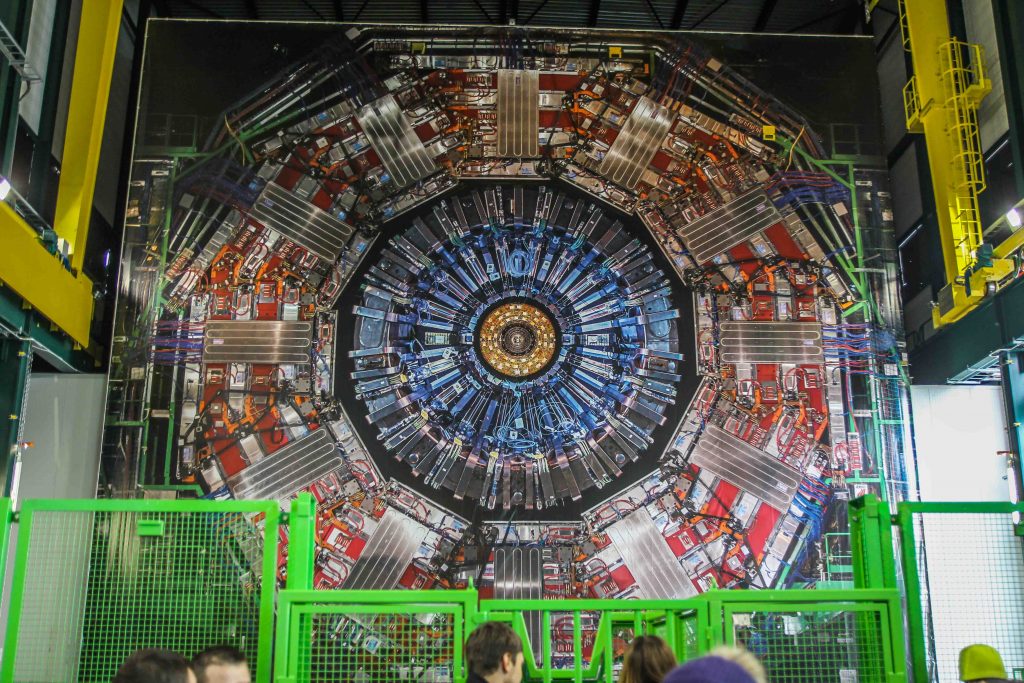 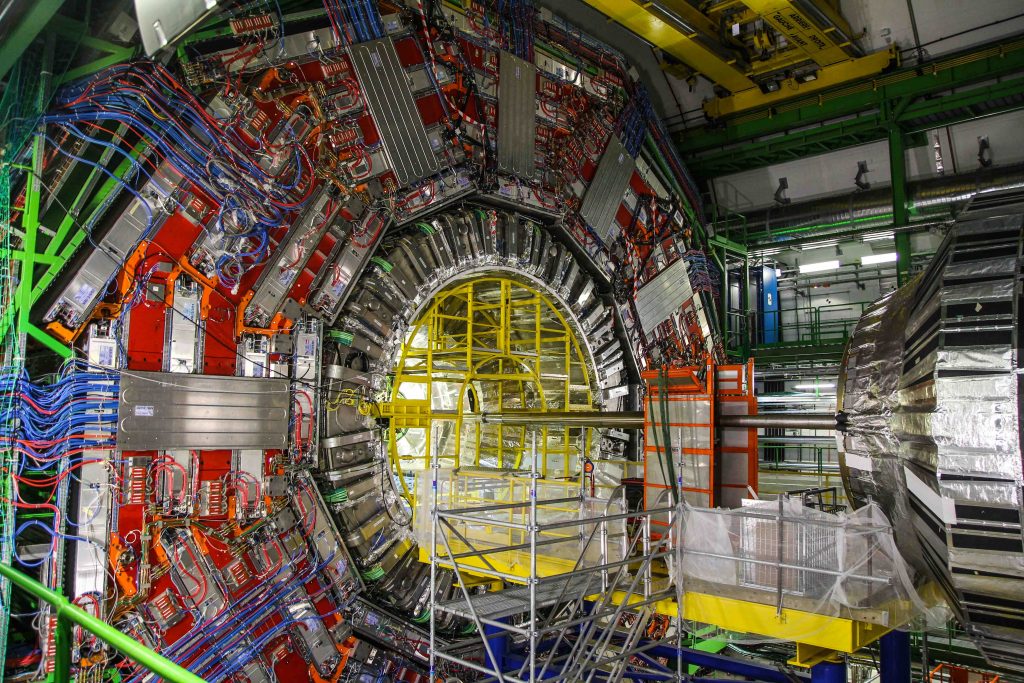 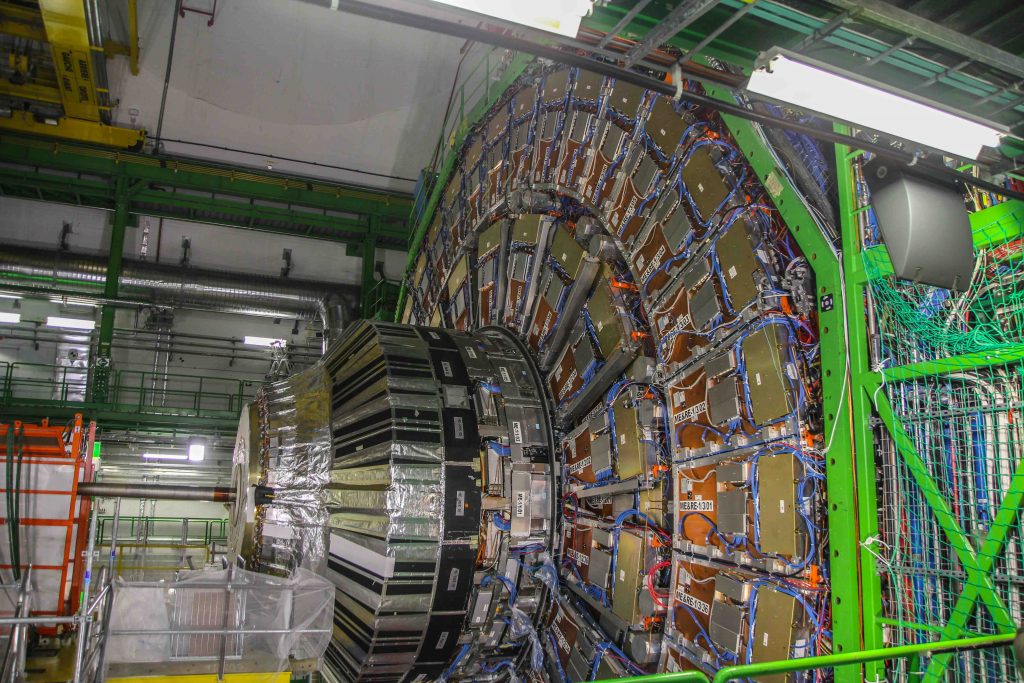 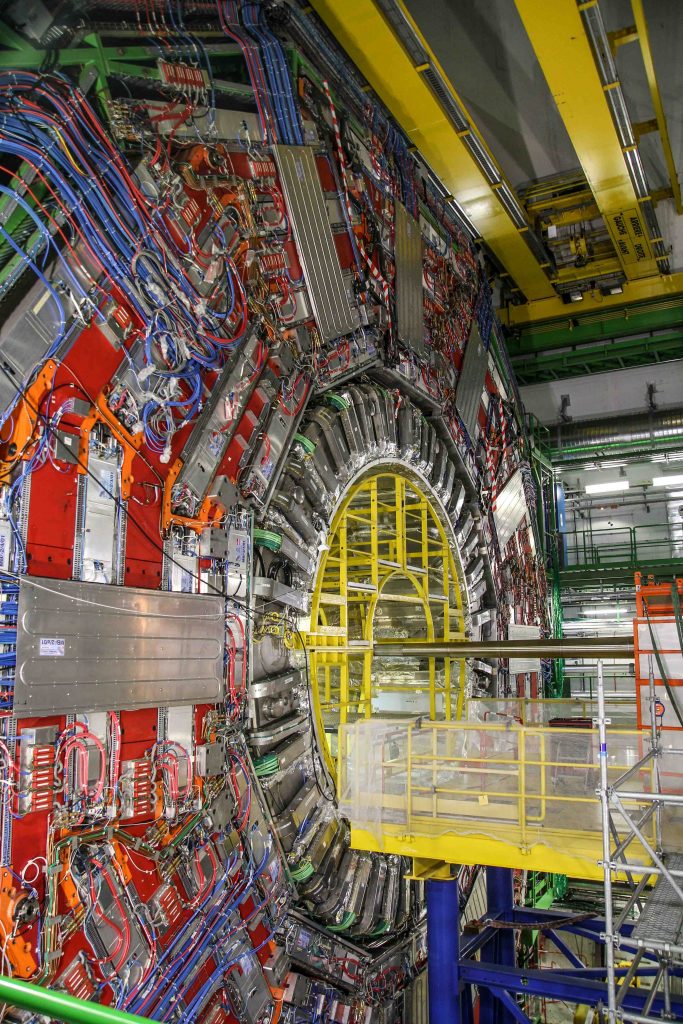 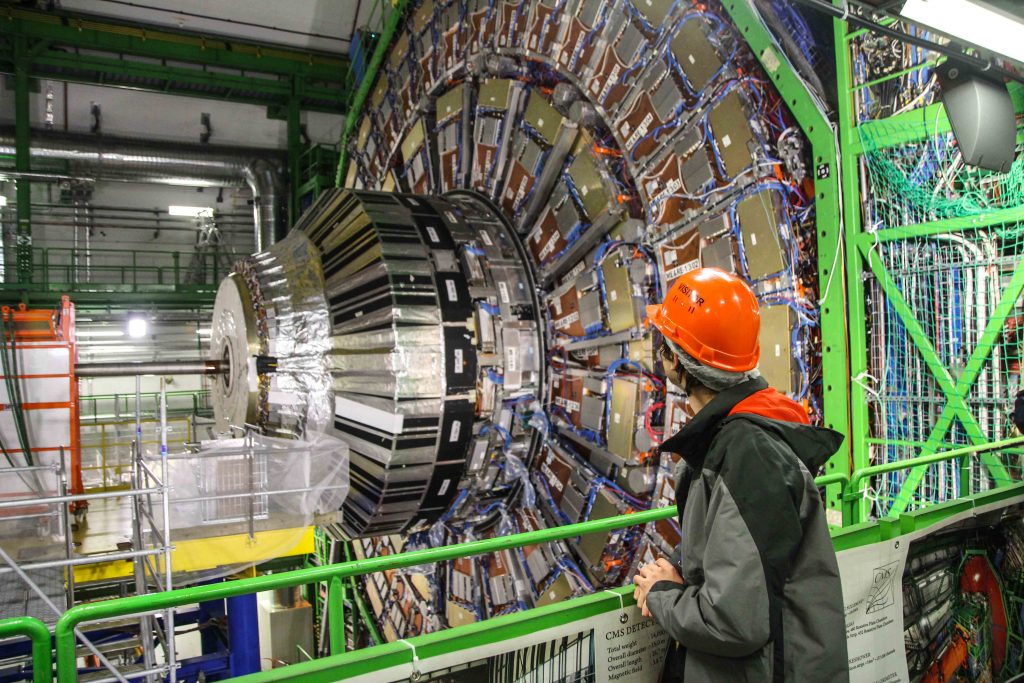 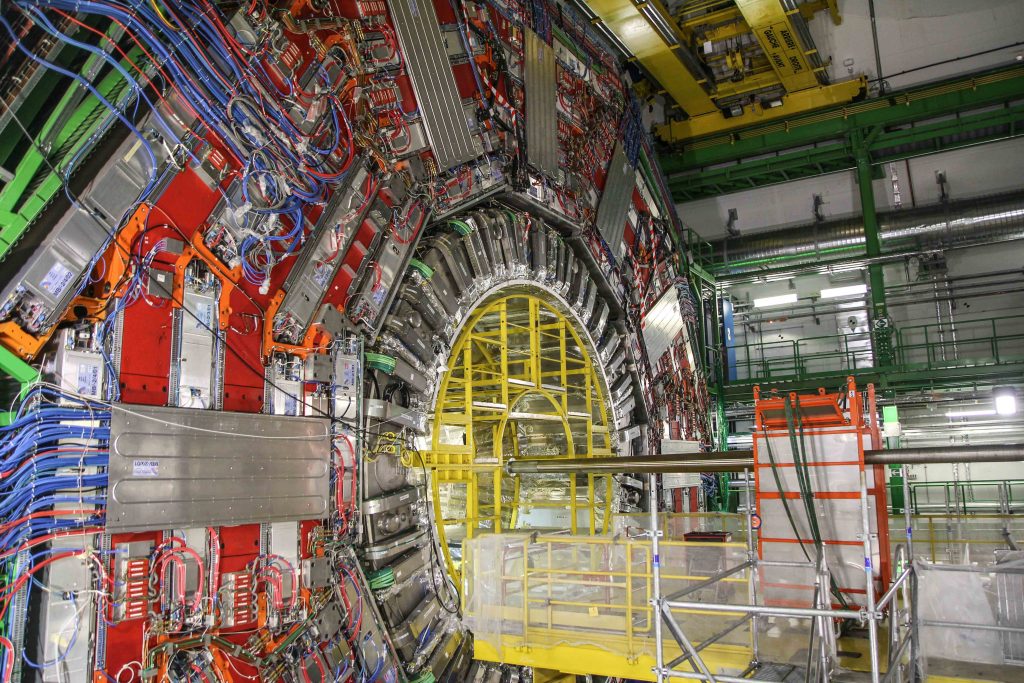 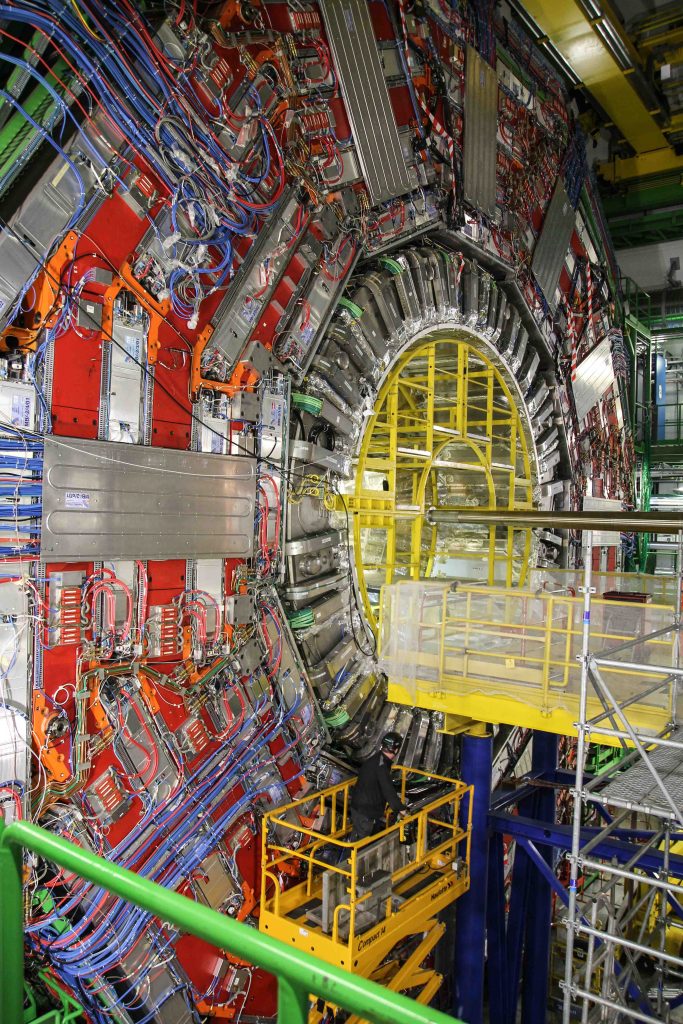 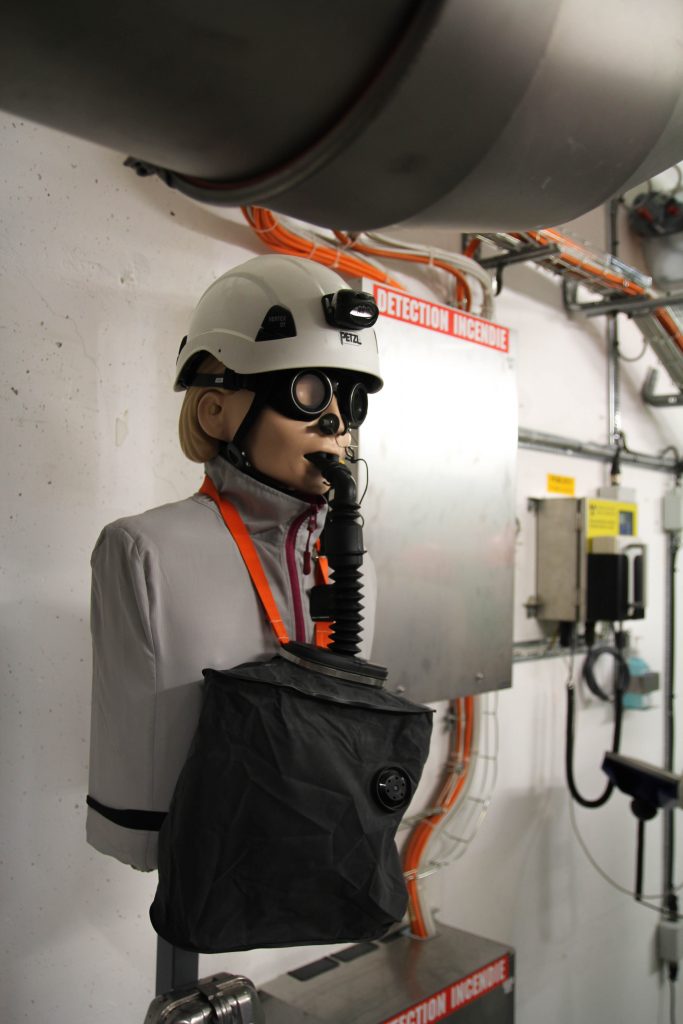 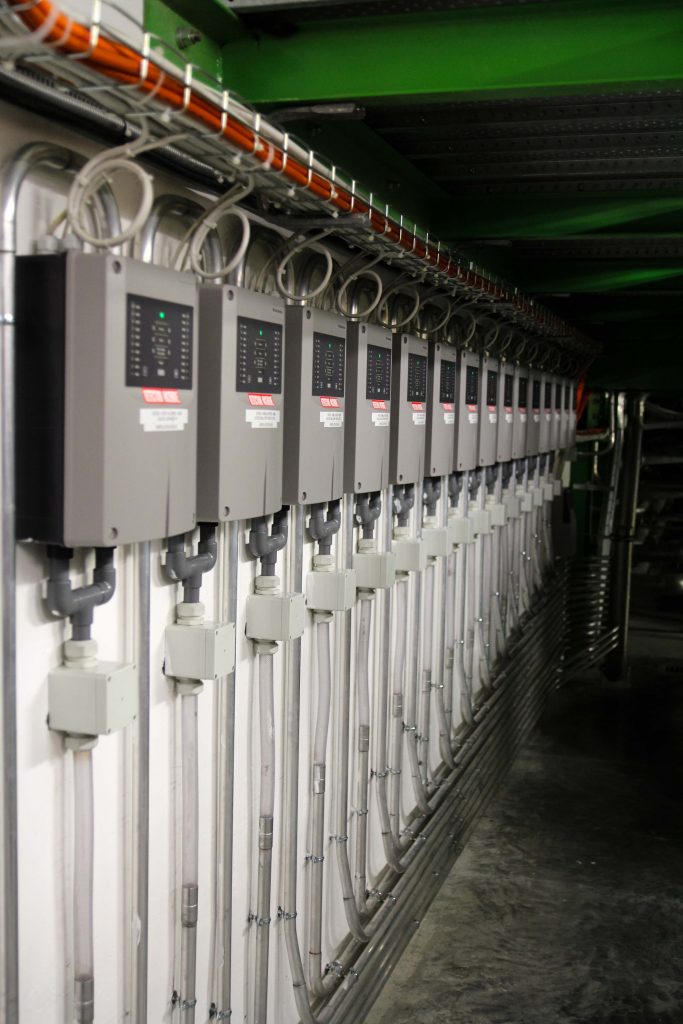 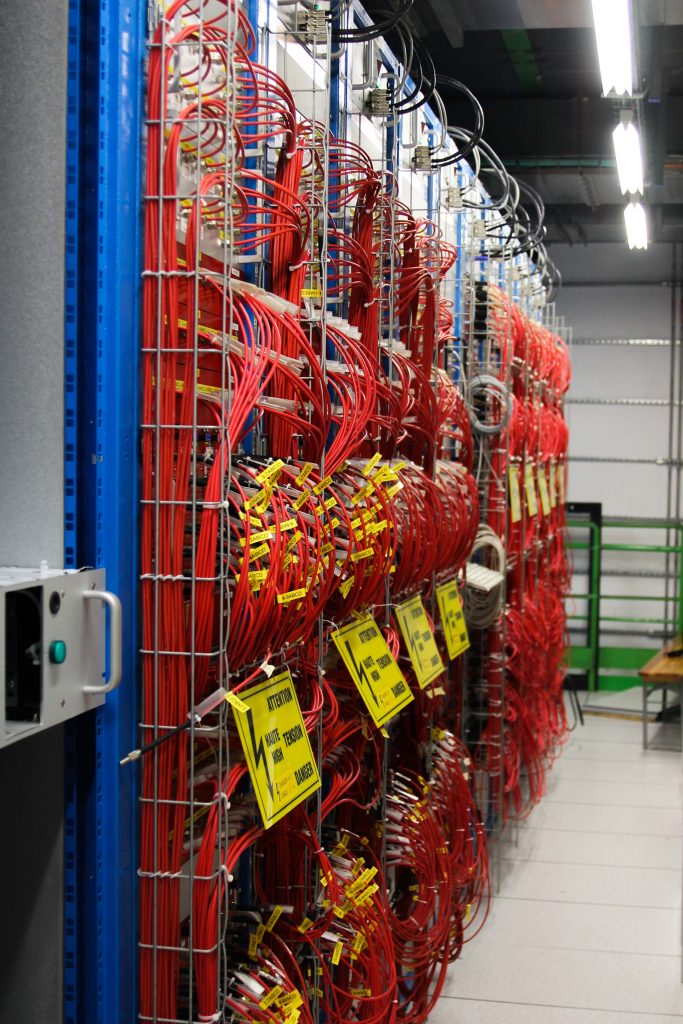