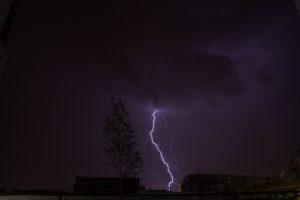 One day during a storm after a lightning fall 340 m from me, I had the idea to try to take pictures of lightning. I had no idea how to do it. But in the end, I found some parameters, whish are easy to setup on your camera to capture lightning. In this article I will explain you how to take lightning pictures.So the idea is to take a very long picture with a close aperture. In this way the camera will capture only high light (lightning). To perform this kind of pictures you need a pod to put the camera on and keep it steady. This is the list of things to do, to setup your camera:

Do only this in a safe place where a lightning can’t fall on you, security first ;-)!!!!

You can see the picture I took during the lightning: 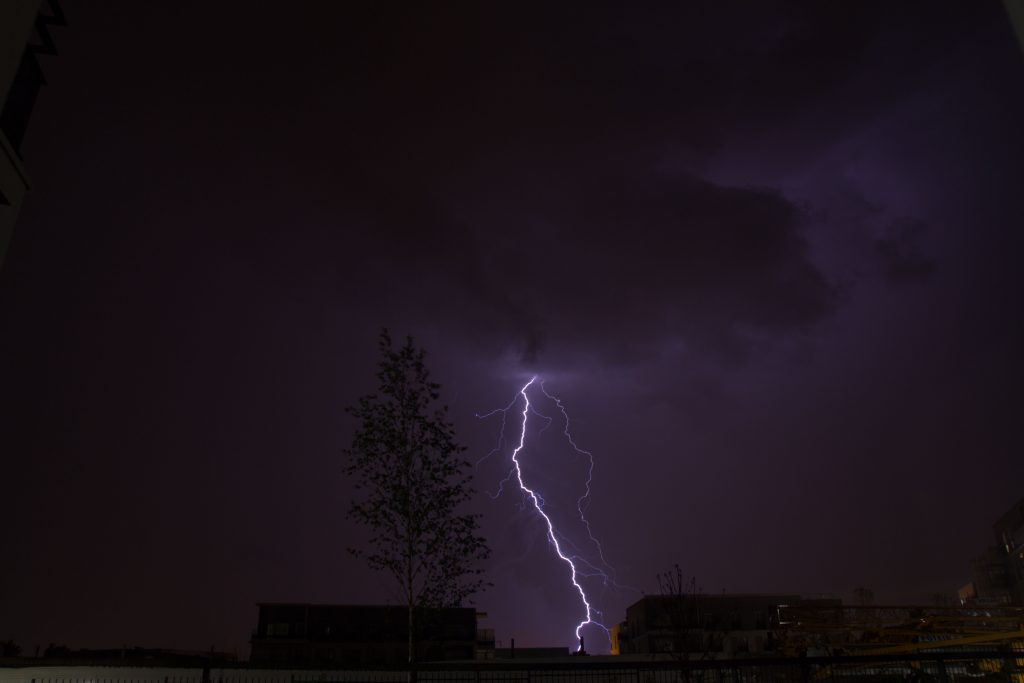 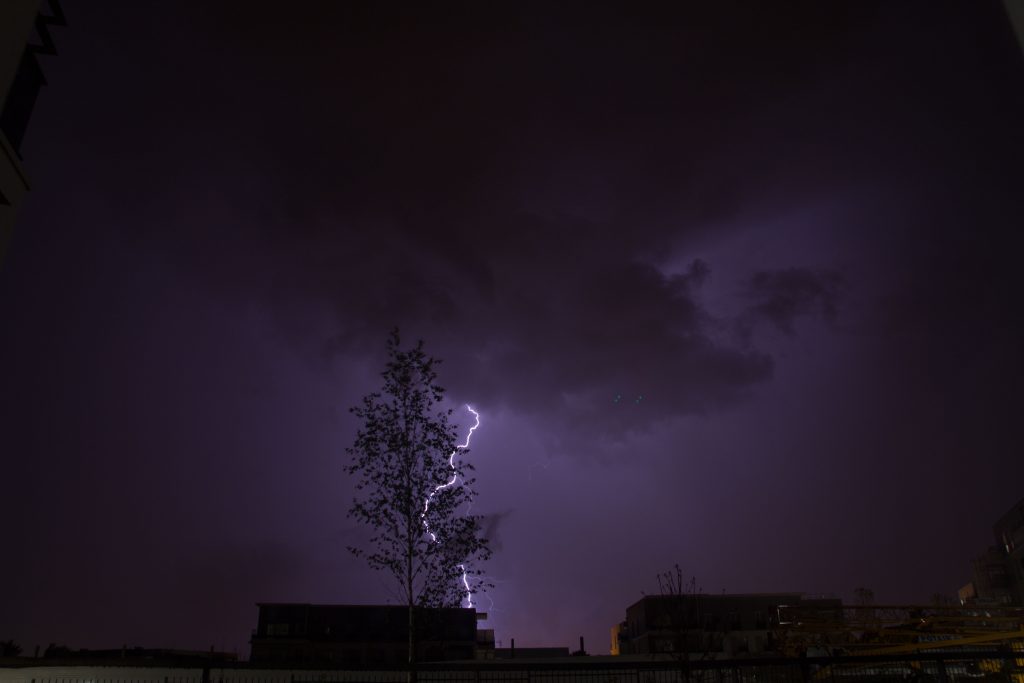 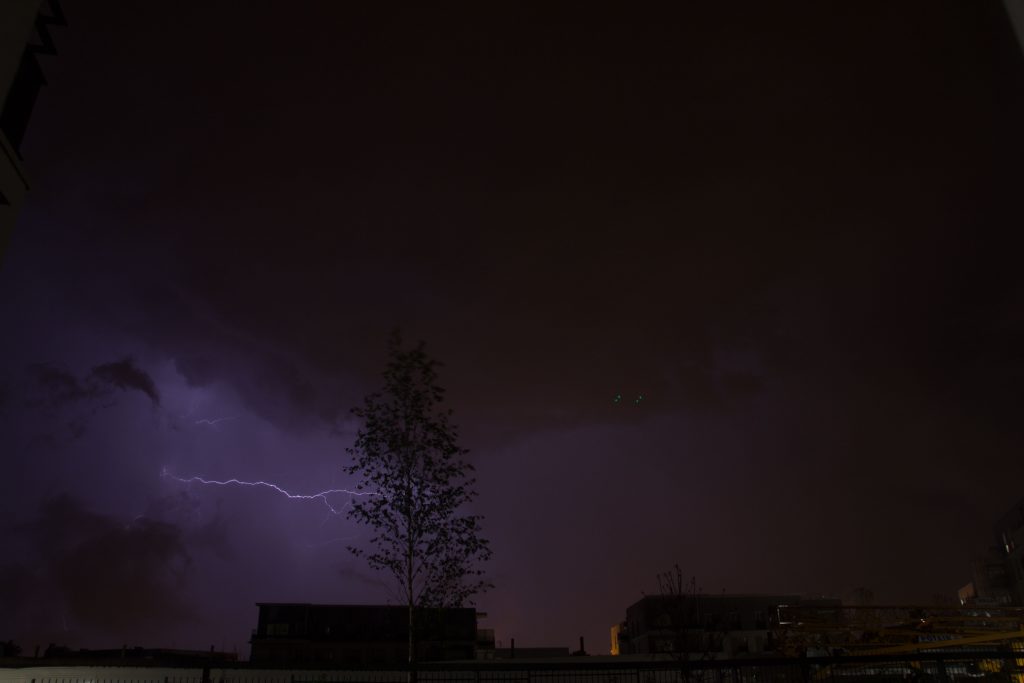